The rapid growth of IoT has placed real-time demands on enterprises with centralized data centers. It is expected there will be 34 billion devices connected to the internet by 2020, up from 10 billion in 2015, representing a 28% five-year compound annual growth rate (Business Insider and BI Intelligence). In the near future, employing edge computing may no longer be a cost-saving option but likely required to meet customer demands given traditional computing devices (e.g. smartphones, tablets, smartwatches, etc.) will comprise 10 billion connections.

The implementation of local, real-time collection and analysis of critical data close to the edge has changed the data center landscape with the growth of edge computing. And, edge computing has advantages.

What do you look for in Modular Data Centers?

When considering a Modular Data Center, evaluate your your current and future data capacity needs. Determine if the solution lowers your total cost of ownership (TOC). Is it: 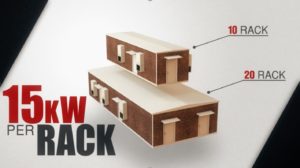 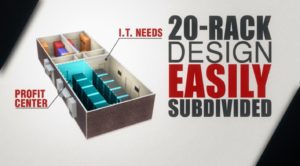 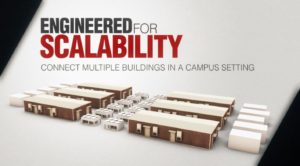 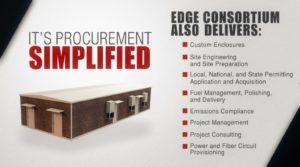 C.J. Grothendick, is President & CEO of the Diversitec, LLC family of companies which includes Edge MCS and Backhaul Engineering LLC. He had this to say about the recent strategic VAR agreement with Eltek;

“Our parent company Diversitec has been working successfully with Eltek for well over a decade as their premier VAR and distribution channel partner. We deliver a wide variety of Eltek’s DC power solutions to satisfy customer challenges. Through good markets and an ever-changing technology landscape we’ve stayed loyal to each other and collaboratively leveraged the strengths of our companies. It’s an honor and a pleasure to go to market with Eltek and our Binary Bunker. We extend a very warm welcome to Eltek as our VAR partner!”

“Eltek has several important new initiatives rolling out that will ensure that our company continues to thrive and stay relevant as a technology leader. One of the most important initiatives focuses on applying our significant strengths to delivering truly innovative engineered solutions to the data center market. We’ll do this under our own power and products and through great working relationships like the one we have with Edge MCS.”

Eltek is a global power specialist that delivers critical, cutting-edge power solutions and services. Eltek was established in Norway in 1971 as a specialist telecom power systems supplier. Since then, the company has grown organically and through mergers and acquisitions to become a leading international supplier of power solutions within several industry sectors, including data center, telecom, rail and infrastructure, power generation and distribution, solar energy and electric vehicles. Eltek holds strong market positions in the Americas, Europe and Asia. Eltek became part of Delta Group, a leading power and thermal management provider, in 2015. http://www.Eltek.com

We hope to see you at the expo!