As the Internet of Things (IoT) surges in the coming years, will edge computing make cloud computing obsolete?  Certainly a hot topic among the CIO community in an effort to predict the future is the cloud-to-edge debate as more and more data is generated that needs to be analyzed effectively.  But, how will the cloud and the edge co-exist in the future and what does the architecture look like for this massive amount of data that is putting a  tremendous amount of  strain on the Internet infrastructure? 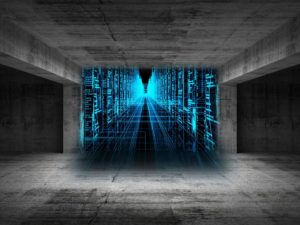 Some venture capitalists are saying that the amount of devices that make up the IoT will make edge computing the next leg in the computing cycle as the need for large amounts of computation that currently takes place in the cloud will need to move to the edge for faster decision making capabilities thus disrupting the cloud.  Autonomous vehicles and machine learning for instance will have to have its’ own self contained computing capabilities as the speed at which decisions need to be made don’t have time for the data to be transmitted to the cloud.  This is a scary thought for cloud service providers, but one that will soon take shape as the next IoT innovations evolve.  Read full article here.