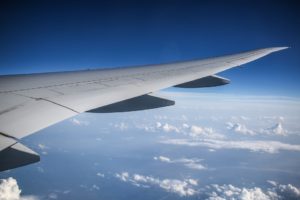 Not the holiday weekend that passengers of British Airways were expecting when the airline had to cancel hundreds of flights from Heathrow and Gatwick airports, reportedly leaving 75,000 passengers stranded in 170 airports across 70 countries.  On Saturday, May 27, an extensive computer system failure affected all check-in and operational systems with respect to flight, baggage and communication.  This could cost British Airways hundreds of millions of dollars in passenger compensation and out of pocket expenses for the multiple day ordeal.  So, what happened?

According to British Airways Chief Executive, Alex Cruz, the problem was caused by a power surge that also rendered the back-up systems ineffective.  Apparently the power supply issue was at one of the airline’s U.K. data centers and the IT staff there have spent days getting systems back up.  The exact circumstances as to why the back up system failed as well at this time is unknown. However a spokeswoman for British Airways states: “When the customer disruption is completely over, we will undertake an exhaustive investigation to find out the exact circumstances and most importantly ensure that this can never happen again.”  Lesson learned, test your data center backup plan before chaos ensues.  Read full article here.