An increasing number of healthcare organizations are adopting and continuing to add Internet of Medical Things (IoMT) devices to their IT infrastructure and as a result the industry is discovering that edge computing is a more efficient way to analyze data than cloud computing.  This trend is moving the healthcare market into an industry leader for connected devices as clinicians are able to offer improved patient care and interaction through real-time data collection and analytics.  Cost benefits are being experienced as well when data can be analyzed in real-time environments on the edge of the network and not have to be sent to the cloud for processing that could cause bottlenecking due to the sheer volume of constantly produced data by IoT devices. 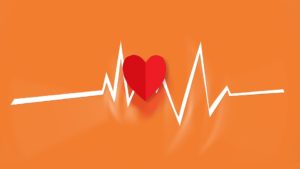 With an estimated growth of IoMT connected devices to be 20 – 30 billion by 2020, significant advancements will take place in the healthcare industry.  More accurate diagnosis can be made at a patient’s initial interaction with the clinician with IoMT devices;  as well as, improvements made in the future monitoring of patient conditions.  A paradigm shift in connected devices from data consumers to data producers on smart devices means real-time data analytics need to be processed at the edge for realized improvements in healthcare IT infrastructure operations, putting us all in a win-win situation.  Read full article here.

If ever there was a need for Edge computing where a substantial amount of internet of things (IoT) devices consuming large amounts of data is growing, it would be in the healthcare industry. As more and more medical devices are being introduced into a healthcare organization’s IT ecosystem, Edge computing is becoming more popular as the demand increases for quicker ways that clinicians receive data  in order to better care for their patients. Medical devices and the IoT producing tremendous amounts of data at the edge of the network from the patient are going to greatly benefit if the data is processed at the source versus cloud computing which is not going to be as efficient in the handling this data.

At some point most all electrical devices will be part of the IoT.   However, Hospitals in particular have large amounts of IoT devices as most all medical devices are networked and put a strain on the healthcare organization’s IT infrastructure. To ensure rapid response times from the patient to clinician, edge computing will offer data analytic solutions to better care for the patient and support the data exchange at the edge. In the future, the driving force behind the increase in Edge computing is the sheer volume increase of the data being produced from the IoT being too large for cloud computing and its’ bandwidth restrictions. IoT devices are expected to reach into the billions in the future. Read full article here.