If ever there was a need for Edge computing where a substantial amount of internet of things (IoT) devices consuming large amounts of data is growing, it would be in the healthcare industry. As more and more medical devices are being introduced into a healthcare organization’s IT ecosystem, Edge computing is becoming more popular as the demand increases for quicker ways that clinicians receive data  in order to better care for their patients. Medical devices and the IoT producing tremendous amounts of data at the edge of the network from the patient are going to greatly benefit if the data is processed at the source versus cloud computing which is not going to be as efficient in the handling this data. 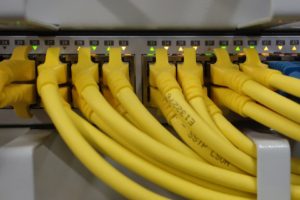 At some point most all electrical devices will be part of the IoT.   However, Hospitals in particular have large amounts of IoT devices as most all medical devices are networked and put a strain on the healthcare organization’s IT infrastructure. To ensure rapid response times from the patient to clinician, edge computing will offer data analytic solutions to better care for the patient and support the data exchange at the edge. In the future, the driving force behind the increase in Edge computing is the sheer volume increase of the data being produced from the IoT being too large for cloud computing and its’ bandwidth restrictions. IoT devices are expected to reach into the billions in the future. Read full article here.