There are several, and clearly debatable, concepts floating around when it comes to the definition of Edge Computing. But for those looking to gain a better perspective of the topic, we have a few resources to help you. 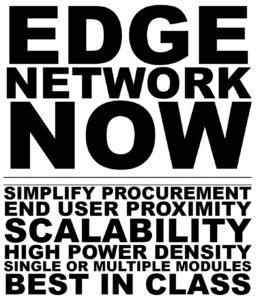 Also referred to as Mesh Computing, this concept places applications, data and processing at the logical extremes of a network rather than centralizing them. Placing data and data-intensive applications at the Edge reduces the volume and distance that data must be moved.

The delivery of computing capabilities to the logical extremes of a network in order to improve the performance, operating cost and reliability of applications and services. By shortening the distance between devices and the cloud resources that serve them, and also reducing network hops, edge computing mitigates the latency and bandwidth constraints of today's Internet, ushering in new classes of applications. In practical terms, this means distributing new resources and software stacks along the path between today's centralized data centers and the increasingly large number of devices in the field, concentrated, in particular, but not exclusively, in close proximity to the last mile network, on both the infrastructure and device sides.

Note the Glossary is also available on GitHub, which is open to editing by the open source community.

In addition, you'll find the following definition of an Edge Data Center in the glossary mentioned above:

A data center which is capable of being deployed as close as possible to the edge of the network, in comparison to traditional centralized data centers. Capable of performing the same functions as centralized data centers although at smaller scale individually. Because of the unique constraints created by highly-distributed physical locations, edge data centers often adopt autonomic operation, multi-tenancy, distributed and local resiliency and open standards. Edge refers to the location at which these data centers are typically deployed. Their scale can be defined as micro, ranging from 50 to 150 kW of capacity. Multiple edge data centers may interconnect to provide capacity enhancement, failure mitigation and workload migration within the local area, operating as a virtual data center.

If you are in need of an Edge Data Center specifically built for edge computing, contact us. We'll be glad to help you with your edge computing project.