Supporting global internet traffic is a critical role for Virginia, identifying the state as a key player in the world’s IT economy.  Loudoun County’s “Data Center Alley”  is the host for more than 70 percent of the world’s internet traffic and over the past five years Prince William County has exploded on the scene as well in data center market growth with its’ “Data Center Opportunity Zone.”   Data Centers for major companies such as Amazon Web Services, Microsoft and Dupont Fabros call Virginia home.  Even better news is the impact this growth has had on Virginia’s employment with more than 650 hosting, data processing and related organizations employing approximately 13,900 people and 6,600 new jobs since 2006.  Virginia’s economic development has skyrocketed with investments of over $11.8 billion announced in the data center industry and Prince William County alone has seen $2.4 billion in capital investment and 370 new jobs in the county. 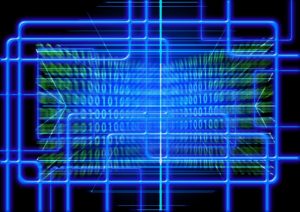 The largest concentration of data centers, ten million square feet is found in Loudoun County with even more being developed, makes Northern Virginia in high demand for both space and tech workers.  Lower costs of doing business in Loudoun, additional incentives of sales and tax exemptions, prominent intersections for communication networks, and proximity to Washington, D.C are key components for it being the most active data center market in the country.