The Internet of Things (IoT) is growing exponentially everyday with experts weighing in on the warning signals of its associated risks to global security. Notable statistics cited on IoT include the research firm Gartner saying that IoT devices have increased 31% from 2016 to 2017, hitting 8.4 billion connected “things” this year, and that the number will surge to 20.4 billion by 2020. Accenture estimates the Industrial Internet of Things (IIoT) will add $14.2 trillion to the global economy by 2030 making the surge from industrial companies using IoT devices have a very positive effect on economies around the world.  Steps need to be taken to ensure that manufacturers of IoT devices are equipped in producing cyber secure devices and new legislation is being proposed to address security issues. 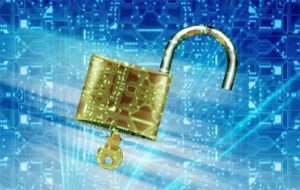 As a start to try and fix the potential massive security problem imposed by IoT, lawmakers in the U.S. Senate introduced a bill in early August that would apply to vendors supplying the US federal government by setting baseline security standards and use of a broad range of Internet-connected devices, including computers, routers and security cameras.  The new bill, Internet of Things Cybersecurity Improvement Act of 2017, was introduced by Sens. Steve Daines (R-Mont.), Cory Gardner (R-Colo.), Mark Warner (D-Va.) and Ron Wyden (D-Ore.). As an example, the bill would require vendors of Internet-connected devices purchased by the federal government be ensured that their devices are patchable, rely on industry standard protocols, do not use hard-coded passwords, and do not contain any known security vulnerabilities. For more information on the new legislation, read full article here.