Evolving technologies such as Augmented Reality (AR) and Internet of Things (IoT) are shifting the core components of cloud computing closer to the end user in the form of edge computing. The traditional model for compute, storage and networking being accessed through centralized resources is being replaced by network architecture that is distributed and decentralized in order to streamline data flow and reduce latency times for data analysis.   This paradigm shift in the network by computing closer to the edge allows for critical data to be analyzed in near real-time which is especially important today in the health care, telecommunications, finance and manufacturing industries. 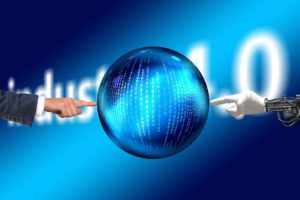 Due to the explosive growth, vulnerability, and availability of IoT devices, there are security concerns around edge computing even though some experts world argue security is better because data is staying closer to the edge and not traveling as much over the network. In addition to that, the term fog computing in relation to edge computing which includes network connections between the cloud and edge devices is coming into play. All this information can be confusing when trying to digest what it all means for your network architecture. Here’s an article that breaks down the important elements and commonly used terms of edge computing that might help.