The future looks bright for Virginia’s economy as the state continues to be a leader by participating and investing in advancing technologies.  Already making its mark as a key player in the nation’s data center market, Virginia is now making plans to position itself as a national leader in the automation industry.  Back in May, Virginia Gov. Terry McAuliffe created the Autonomous Systems Center of Excellence to serve as a testing facility for autonomous technology across all sectors.  With the influx of Internet of Things (IoT) making their way into the marketplace, edge data centers will be at the heart of crunching the massive amounts of data being generated by smart devices, sensors, surveillance cameras and autonomous vehicles. 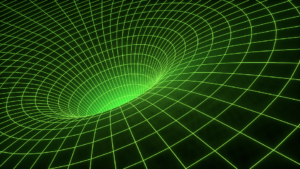 Speaking of self- driving cars, on July 19th the Commonwealth Transportation Board voted to approve the testing of those vehicles in High Occupancy Toll lanes of Interstate 95 and 495 in Northern Virginia later this year. Distracted drivers account for a high percentage of car crashes.  Initial phases of testing would have sensors on vehicles that would take over some of the driver’s functions should they not be paying attention and significantly increase safety on the roads. The automation industry is expected to be $82 billion by 2025 and Virginia is going to get its share of the market.